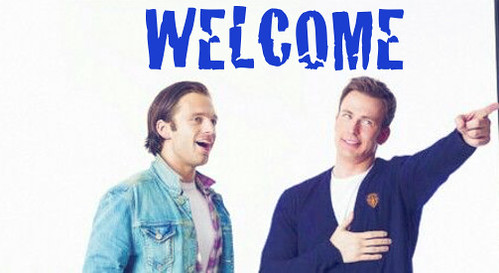 I'm Britani, but I normally go by Brit :)
I doubt that anything will ever be friends locked, but feel free to friend me if you are into the same things as I am. I will most likely friend you back if you are. All of my fanvideos can be found here on my YOUTUBE. Now on to the fics! Here is where you can find my stories:

Not sure who is still around and checking LJ but thought I'd make a post to see. It's been awhile since I was on here...think it was back before Comic Con and all. If people are interested, I'd be happy to post pictures and things on here. Just wasn't sure who was still around.

I'm getting back into writing and hoping to post fics again in the coming months and wanted to gage interest on the site still. Do most of you prefer mediums such as AO3, Dreamwidth, or tumblr now? I have accounts on all and am just curious.

Much like this time last year, I could use some help on a research project. I'm presenting the comic themed research at a con next month ;). If anyone has some time and wouldn't mind helping me out, the survey for it can be found here

The semester is almost over!

So with that comes me once again promising (and hopefully delivering) on fic updates and new things. I have some stuff still in the works (mix of Marvel, J2, and Klaine). I recently binged Daredevil and saw Avengers so planning some things in the Marvel Universe now :)

Also, I have started a Dreamwidth account. Still under moviegeek03 if any one uses that site more now. I'm hoping to cross post stories and things to it as well.

So that Glee finale...

Did anyone else watch?

Title: The First Cut is the Deepest
Author: moviegeek03
Characters/Pairings: Klaine, Jesse St. James, Rachel Berry
Rating/Warnings: PG/Mentions of blood and hospitals
Wordcount: ~3500
A/N: I have been catching up on Looking and noticed Jonathan Groff’s scar that he gained from “Bohemian Rhapsody”. This is the result of the conversation it spurred with Courtney.
Summary: An accident during Blaine’s rehearsal leads to some revelations for the newlyweds.

They’d been married for only a few months when it happened. It wasn’t huge in the grand scheme of things, but at the time, it felt monumental. More than that. It scared the living hell out of Kurt.

Title: Start of Something Good
Author: moviegeek03
Wordcount: ~3000
Previous Chapters
Rating/Warnings: PG-13; Mentions of homophobia; Mentions of various canon but AU
A/N: This is also Courtney’s fault because she decided to send me pictures of baby clothes that made her think of Blaine. Also have to thank her for encouraging me to keep trying to write and get back into this one <3.
Summary: Blaine’s life was complicated. Divorced and a single father (all by the ripe old age of 20), and now a college freshman in a new city. Yeah, his life definitely wasn’t what he had expected it to be. But he was learning to get by with some help from some newfound friends, and maybe a newfound love.

Blaine’s jaw dropped and his throat ran dry. He blinked, as if to reassure himself that Kurt was really standing in his hall. He needed to speak. Anything would be better than just standing there and starting at Kurt. Yet he didn’t know what to say. Didn’t know what to even think. So he stood there, feeling like an idiot, until Kurt finally broke the silence.( Collapse )

Well the computer I had been using since 2008, basically right before I started into fandom, started malfunctioning last week. I could no longer get replacements parts for it, so I was forced to buy a new one. I'm excited to have one, even if I hated to make the purchase and all. I've been able to transfer all files, including my fics and things. This will hopefully not push me back in terms of writing.

You guys all know that I've struggled lately to write more and post. Well, I've slowly but surely started to work more on my own fics and with some friends who have been amazing at pushing me into collabs. One friend would be the wonderful

imogen_lily who has asked to collab for the

spn_meanttobe challenge. We found a prompt this year that is more my style to adapt so I'm pretty excited :). 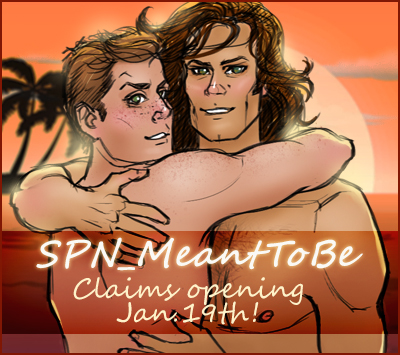 Title: Cup O’Kindness
Author: moviegeek03
Wordcount: ~2300
Characters/Pairings: Steve Rogers, Bucky Barnes, Assorted Avengers; Stucky if you squint and want to see it that way
Rating/Warnings: PG-13; Drunkenness, violence, language
A/N: This came to me on New Year’s Eve when I realized that 2015 marked the 70th anniversary of Bucky’s “death” and I began to wonder how Steve would handle that. This is my first full Bucky/Steve story ☺.
Summary: The last year has been hard on all the Avengers, but Steve in particular. His search for Bucky keeps coming up empty handed and all trails have gone cold. The rest of his team persuades him to let loose and relax some for New Year’s Eve. He never realized it would be exactly what he needed, in more ways than one, or that a certain friend had been watching out for him all along.

Tony Stark knew how to throw a party. So did his dad, come to think of it. But this was nothing compared to the infamous shindigs the tabloids usually depicted come New Year’s Day. No, this was much smaller. Something just for the team and their friends. Well, most of their friends. Steve’s best friend was still missing in action with no clues to be found.